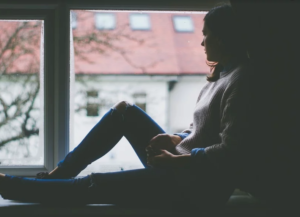 Recently, a group of scientists performed a study in which paricipants were able to modify the “brain signature” for Major Depressive Disorder (MDD) as measured by fMRI. Patients who had recovered from the symptoms of depression were found to still have this fMRI brain signature. Researchers posited that by training this area of the brain with neurofeedback the chances of remission of the disease could be lessened.

“The brain signature of excessive self-blame was discovered in patients with Major Depressive Disorder whose symptoms had remitted, suggesting it could precede the symptoms of depression, making people more vulnerable to the disorder,” -the study’s first author, Dr. Roland Zahn at King’s College London.

Previous research had shown that people with depression who still ha ve lingering feelings of guilt after recovery from the symptoms of depression have less connectivity between two specific brain areas: the right anterior superior temporal lobe and the subgenual cortex.

In the study, particpants were divided into two groups. The first served as a control, being exposed to neurofeedback exercise with an instruction to maintain the intensity of their brain connections, while the other group was instructed to try to stimulate these connections during training.

“Participants had to imagine a specific memory of their past that made them feel guilty related to other people. On the screen, they had to change the way they thought and felt about it, so that the colored dial that reflected their brain connections also changed.” -Dr. Roland Zahn

Participants were shown through fMRI to have greater connectivity between the right anterior superior temporal lobe and the subgenual cortex, which corealated to reported increases in self-esteem and the lack of guilty thoughts.

This study presents significant evidence that neurofeedback targeting disease- specific areas of the brain can help to prevent the reoccurence of MDD. More research needs to be done on treating active MDD, as well as possibly preventing the disease’s expression as well.